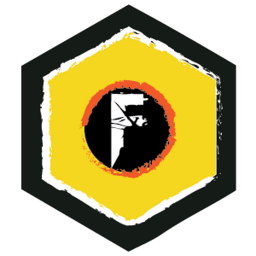 FatalityMod was a post-apocalyptic, zombie survival, total conversion modification for the ArmA 3 game engine, the project initially started out in 2015 as a personal passion project for the learning experience, I was a big fan of the DayZ mod for ArmA 2 which was what drew my interest in programming and games development in general.

With FatalityMod, we wanted a really atmospheric feeling to the gameplay, so after figuring out how to implement items into the game, I moved onto the weather systems, this started out with some eerie fog and thunderstorms.

From there, I moved onto custom player built structures starting with metal shack that can be seen in the environment effects video and then next I implemented a wooden shack.

But FatalityMod was about options, and I wanted the ability to build modular bases, so I got in touch with our 3rd project modeler, who put together the the prototype base objects and later the fully modular set.

So now we a large portion of our base construction system out of the way, I went back to adding more item content, you had your fancy fancy base, but you need somewhere to store your gear? No problem, ComatoseBadger hooked us up with this sweet Spartan Mini Vault, I went the extra mile (since Fatality was hinging on attention to detail) and animated the safe door when players locked/unlocked it.

He also made us this sweet workbench which when we decided to revisit the construction related area of the mod and we thought about how we wanted to extend it with a brand new, never-before-seen in ArmA, system that would allow you place craft/deployables in a more natural and also, realistic way.

Most survival mods featuring structure building generally consist of generic building systems that do not respect the fact you’re trying to place a storage object, a tent for example or something else into a rock or a wall, we decided to develop something to counteract this.

Our new system was using line tracing from the the players view point to a position in front of them, detecting a object/collision and using the surface detected to manipulate the system to prevent placement, this would also solve the problem of players “glitching” objects into locations that are inaccessible to anyone other than themselves providing a unfair advantage.

This was our initial results during prototyping.

As you can see, it worked and we certainly prevented the ability for a object to be placed where we didn’t want to allow players to do so, we struck gold and continued development to later resolve the unintended side effects of objects being rotated.

However, the mishap pictured above gave us another possibility to extend the way players could “build their home” in our world and that’s where boarding up windows or whatever you wanted was born, with true player control over where these “fortifications” were placed, another first for ArmA.

This is sadly where things with FatalityMod came to a close, largely due to the fact I and my team had grown tired of the RV engine and the never ending list of bugs that each ArmA patch/update introduces, but this was also my last project before I moved into Unreal Engine 4, I might revisit it one day.